[Get Seen Get Good] Week 2 - History - Tom Spurgeon and Oswald

When I turned Hutch Owen into a comic strip, I knew it was an effort to expand the world, and the characters. To try to know more about my own invention. Even still, I didn't know how to go forward. I just added stuff.
I remember sending to the late, great Tom Spurgeon, who himself was a great comic strip writer, and he told me still wasn't really "getting" this Oswald character. As always, I never realized that what was in my head wasn't coming across in the work.
Here's an old strip with Oswald. He's just commenting, he's not really a part of any action. (It's a pretty funny strip, but does nothing for Oswald, on the right.)

So to Tom's advice, I set to make just 5 strips (1 week's worth) doing exactly what I suggested to yesterday:
Here's what I needed to do --->
Here are the strips I made: 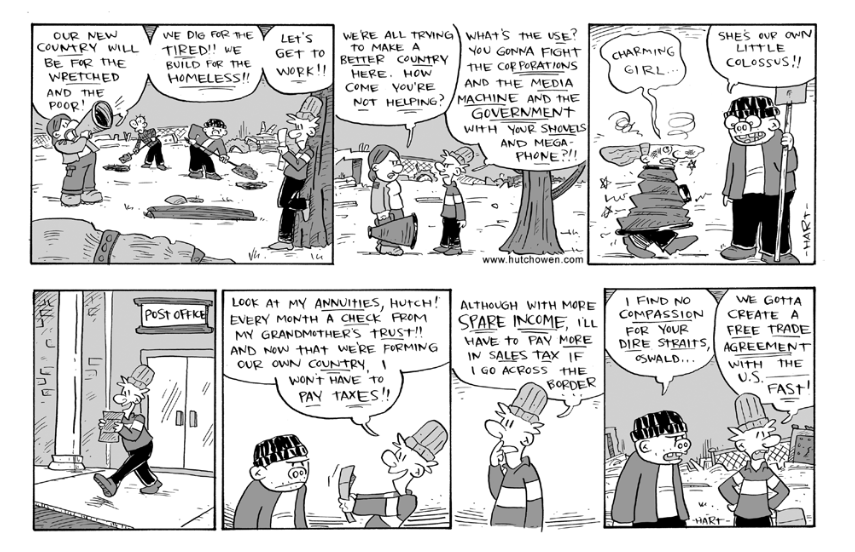 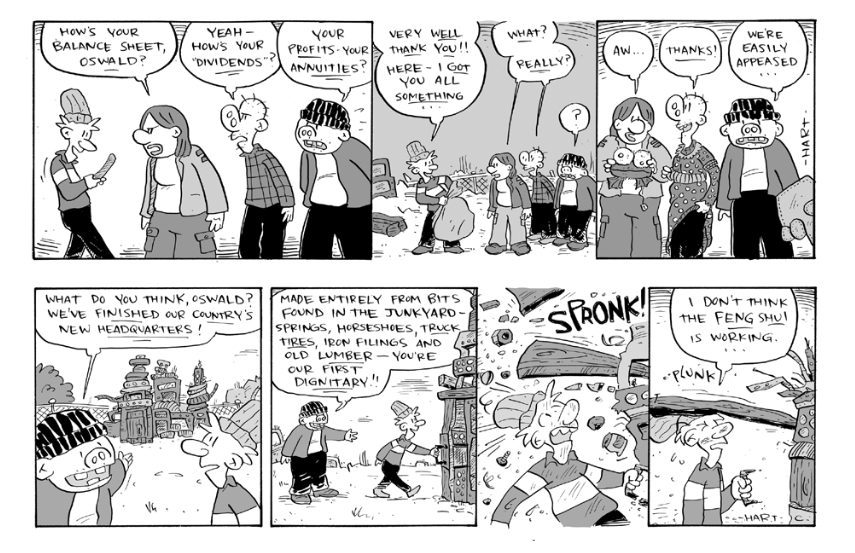 And by putting him up against the same forces the others were against, he began to become defined..
(By the way, you can see lots of my strips, here, on go-comics: https://www.gocomics.com/hutch-owen)
I'll be doing these same exercises NOW in the present moment in the Mighty Network...
These entries are part of the Get Seen Get Good online course. Come join me!
Cheers! 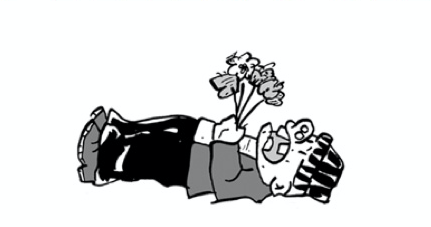 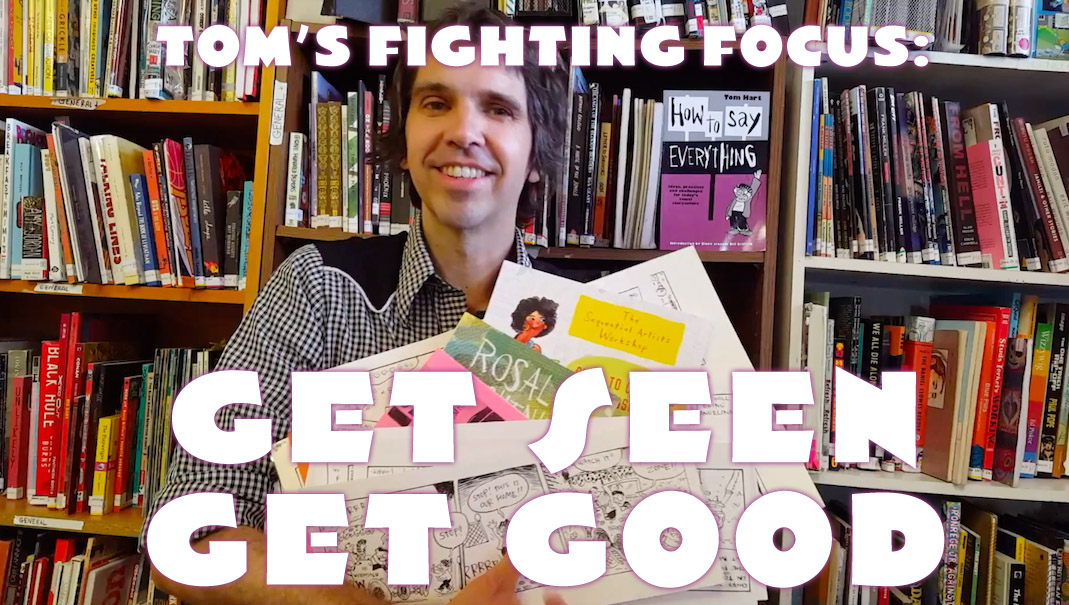