Working on a new page.


I wrote this on a scrap of paper the day before: 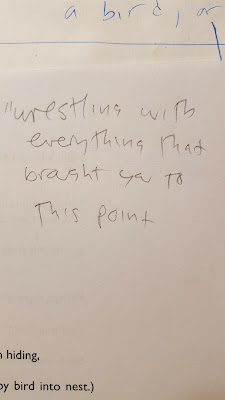 ...realizing that this is why we return to our seats, why we draw, or go back to the stage, or the dance floor, or the instrument. We are wrestling to come to terms with everything that bought us to this point.

For me it is comic strips, line drawing, forests and trees, adolescent friendships, adult worries and new friendships (and of course everything else in the universe) which have brought me to this moment...

All this as I sit down to draw page 14 of this small memoir piece. 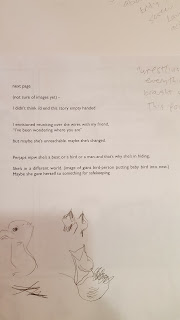 script from some notes, actually from the page below 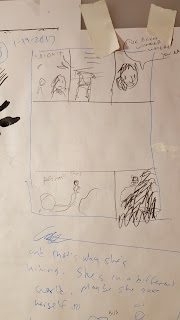 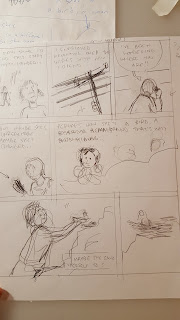 It should be noted here I had absolutely no ideas for panel 5. nothing. All I did was scribble and doodle a little in that spot something from the text.

This will not be a success story, but a "good enough" story... 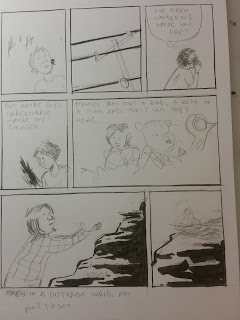 Panel 5 at this state is worse than ever... 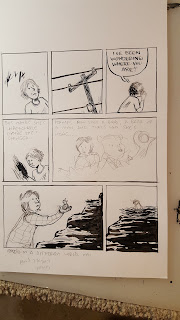 As always, I ink the stuff I feel confident and joyous about first. The rocks mostly, but already they are feeling too small for for the scale I wanted. Oh well, that ship has sailed... 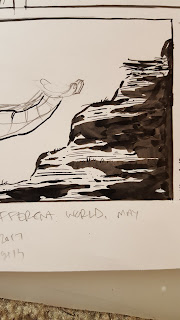 These rocks look small, not grand. But I do love mixing different types of lines like this.

Wrestled with body language here, for a  drawing less than 2 inches high, and never got it right: 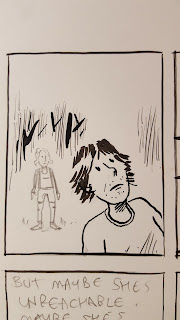 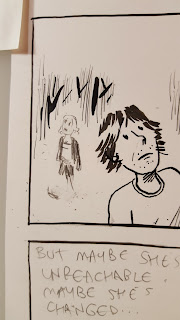 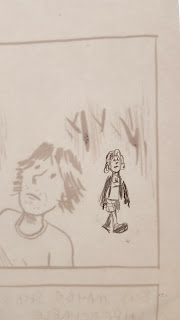 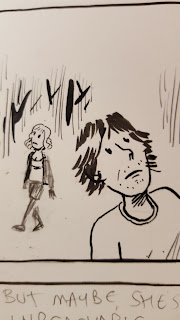 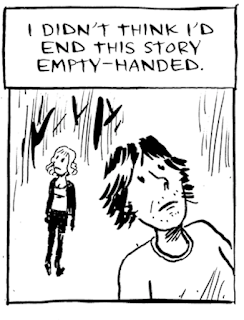 have to go in and clean up those legs 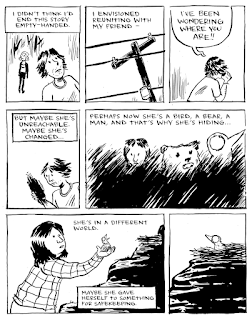 The scribbles in panel 5 became an ok / satisfactory solution, resembling the nest in the later panels, and the "hole" in the former. But this page exemplifies my main problem a storyteller- lack of specificity. What is that panel 5 blob? Some sort of ether, some sort of physical manifesting energy? I think that's what I was going for, but there were probably better ways to get there... It needs more white, it needs more suggestion of time, it needs to allow more physicality of the creatures there...