B. Is Dying - Launching Today! 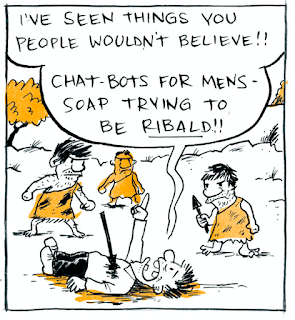 Launching today on Popula.com is B. Is Dying!

I am so excited about this new strip! People who have studied with me at SAW know that I talk about my time doing comic strips (roughly 2005-2008) as my most creative time, the time I felt the best making comics (and when I finally got good, frankly.)
When I finished my book about my daughter (Rosalie Lightning) I began planning another memoir, this one with lots of fictional digressions into themes and ideas that interested me. There were fictional bits about a monastery, there was sort of a sequel to Banks/Eubanks, there was a video game deer, and there was the sorrow and loveliness and weirdness of having a new daughter, but not having the old one.

And there was a giant, ever-growing death scene at the end, for one of the characters, which I kept adding to, and adding to and adding to (in the outline...)