Molly Rose turned two last week, an age Rosalie never made it to. She surpassed Rosalie in age 3 weeks prior. 23 months and 11 days.

For months prior we watched every day pass, wondering what would happen. We do this every day anyway, but it reached a higher pitch as we approached that day. Molly Rose kept getting older. Funnier. Happier. Bigger.

We knew something would have to give, because that's what happened last time.

The stage was being set. Things were happening that had happened before.

Leela and I moved house. A major move, we're calling this one permanent, like we did in 2011 with Rosalie. This was unexpected. We thought we were just moving to save money, and found ourselves looking, and then buying, a house. So the big move. It's there in my book. 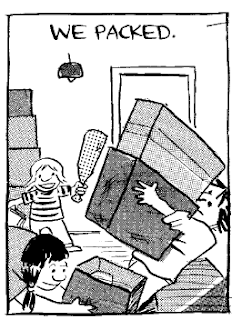 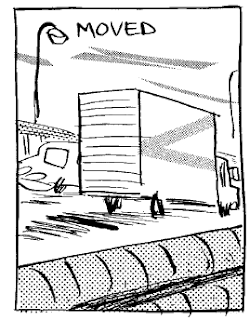 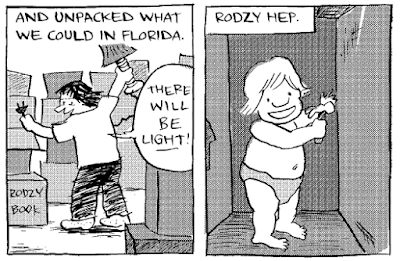 And I was also setting up the school. This time expanding: scouting for locations, getting ready to move in. Just like that other time.

I went away for a comic convention- I do this at most once a year, but in this case, it was just a month or two before Rosalie, and the same number of months before Molly Rose was about to hit that age.

All these echoes. What the heck was going on?

Our cat became sick. Our cat Oskar who outlasted Rosalie by 14 years, who I was sometimes so angry at for being alive at all. Her health declined so quickly it looked like her last day might be that day we had our eye on.

As Molly Rose continued banging around the house, eating mac and cheese, naming things, helping and demanding things, as she began to approach THAT AGE, I began to wonder when it was all going to happen. When we'd lose her too.

I started to see it as if the universe wanted a sacrifice, and I began thinking I should just take Oskar to the nearest volcano and throw her in to appease the gods and peacefully move through this time.

And then the day came. Leela and I stayed low. A friend brought us lunch. And then it was over.

Oskar was still alive, but the time had come. We set an appointment with the vet to let her go. That was a Thursday, the appointment was for Monday.

On Friday our good friend hung himself. A friend in the book. A friend who saved us when our hearts were ripped out. And then Monday, and Oskar's final vet visit.  So much for sacrifices.

And then Molly Rose turned two. We had a party and ate cake. Thank you for being here, sweetheart. 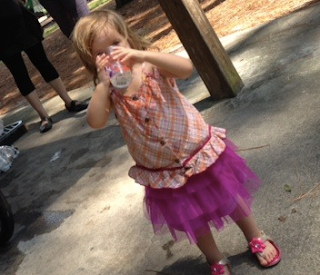 And now we're in a sort of haunted tesseract, like we've folded time. I'm setting up a new school, we're setting up a new house, we've got a two-year old girl running around being cooky and learning and naming and seeing and describing and asking. And she's getting older, and we're biking every day and I've got a book coming out about the sister she'll never meet. Who got folded away into the past that's becoming more and more distant. 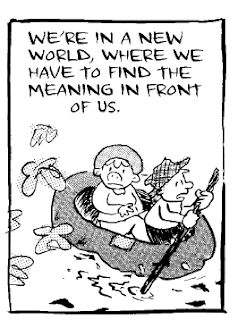 
I wish everyone health and grace and love.

zeppo said…
Some days your words make my heart bleed. This is achingly extraordinary.
9:25 AM