On Finishing the Book 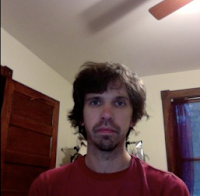 In the last days of March, I handed in the completed Rosalie book to my editors at St. Martins Press. 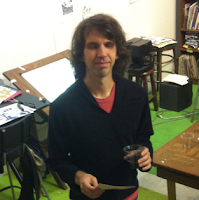 That day, utterly to my surprise, things began changing. First, I took the start-up photo (left) on my computer and changed it. I've stared at this grim photo every day for 3+ years, and suddenly it felt wrong to me to look at it. I changed it to the one right, taken at SAW on a nice evening during an art show a year ago. Had no plan on that.

And then, my bike took a turn down a street I biked with Rosalie every day, and hadn't been down since. I didn't expect to do this. The bike just went. It knew relief was down that bush-lined street.

And then it felt good to be finished. I once told my friend John that I didn't want to finish the book, I wanted to work on it forever, but when I was done, I realized I was wrong.

And then I found myself buying a house in the old neighborhood where we had Rosalie here for 3 months. I swear to you, this was an utter shock. In an effort to reduce expenses, we were looking at new rentals, and Leela found a place we might be able to buy if some crazy bank might give us a loan. Go figure.

And suddenly SAW is moving to a grander new space. Scraping, painting and new walls. And our main teacher Justine is undergoing (positive) life-changing times. 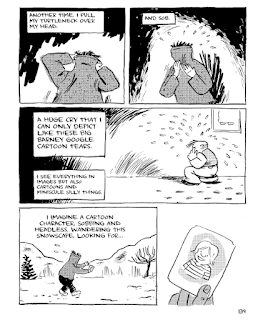 The book is the best I can make it, and it's true, I've learned to live with certain drawings that aren't what I imagined. Sometimes I have to let the weird flaws be part of the experience. Mostly, though, it's strong and I stand by it.

It tells the story of how remarkably splendid Rosalie was, I hope. So fiery and fun. Crazy sense of humor. 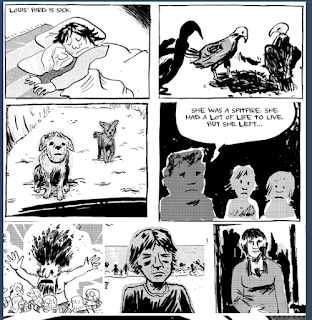 And it tells the story of suffering through her loss, and of learning to look for the clues on how to be welcomed back.

It's all true except I moved the crying fit on page 139 pictured left, in reality happened in the times depicted in the pages in the 90s.

Below, some drawings that I think hit the mark. Weirdly, mostly images of characters facing front.  (My improv teacher jokingly called me "Stage Picture" because I would accidentally turn my back to the audience, but in drawing, I'm all straight on. )

More images and details at my Tumblr: http://rosalielightning.tumblr.com/. Sketches, images in progress there too.

Actually, maybe I was correct when I told my John I wanted to keep working on the book. My next plan is to detail some of the process, and then write a book about graphic memoir. As far as I know no decent one exists.

This way I can keep the themes alive, revisit scenes and relive experiences by reliving the decisions that led to them. By writing about memoir in general, I can examine the tribe I find myself in, maybe offering and outsider's perspective. I never thought I would write a memoir.

As I said, this experience made me question everything about art. Or rather, I've always constantly questioned all aspects of art. This experience returned and continues to return new answers.

The book will be out January 2016. I hope Rosalie's spirit will be alive for you then, as it has been for me since I saw her gregarious little face in December, 2009.
Email Post
Labels: Rosalie Lightning